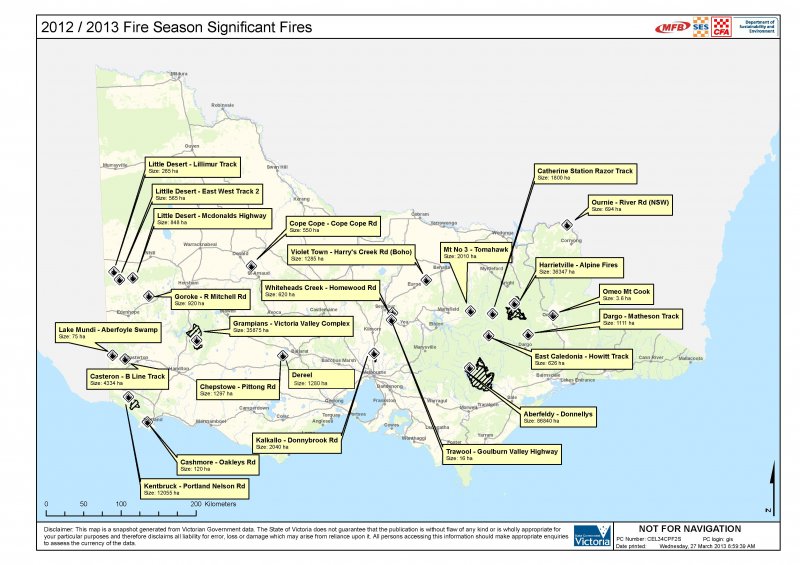 This is updated to cover the whole state as at 9:30PM AEST

Gisborne is in the Central Area.
CFA Chief Officer Euan Ferguson said while Fire Danger Ratings tomorrow would reach Very High, the continuation of TFB’s recognised this week’s high temperatures in the lead in to Friday.

“Fuel loads right across Victoria are now dry and ready to burn. The extreme temperatures over the coming 3 days will test fire services and the community,” Mr Ferguson said.

“It’s critical we minimise the risk of any fires before Friday.”

Visit www.cfa.vic.gov.au/warnings-restrictions/can/ to find out what you can and can’t do on a day of Total Fire Ban.