A Gisborne family of 4 escaped from an early morning fire at their two-storey home on Thursday leaving them gutted by their loss.

Fire crews were called to the blaze in Bruce Court  just after 6am to find the house fully alight with flames shooting through the roof. The top floor soon collapsed into the bottom floor with fire quickly consuming the entire house.

After establishing that the family- who are well known by brigade members had escaped safely, crews concentrated on protecting a neighboring house and large shed within metres of the flames.

“Thankfully a smoke alarm was operating at the time and alerted the family, giving them time to escape” said Lt Peter Harry.

One fire fighter sustained minor burns and was treated by ambulance before being transported to hospital. 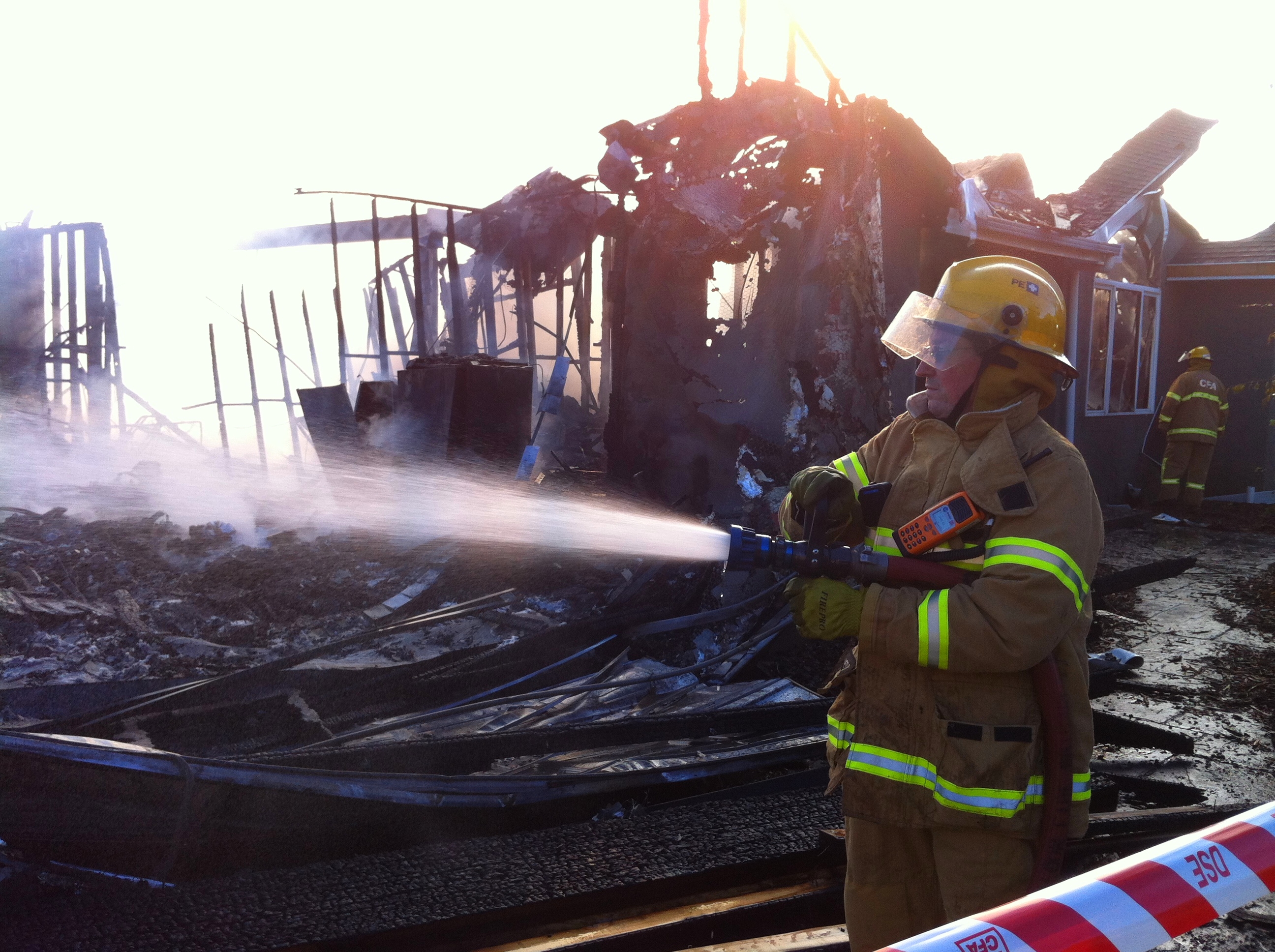 Fire investigation continues however the cause is not thought to be suspicious.